Residents of Nyakumasu in the Adansi Asokwa District are in a state of shock after unidentified armed robbers attacked a GCB bank van.

The suspects are said to have trailed the car to the lone street where they shot the police officer accompanying the van on a motorbike.

Witnesses, speaking to Adom News’ Isaac Normanyo, said they rushed to the scene after dozens of gunshots were heard, only to find the policeman in a pool of blood.

Another security man and a staff in the van were not spared, but fortunately, they survived the attack.

The white van with registration number GT 543-19 had a bullet hole in its windscreen, and the windows of its back seat completely shattered.

Bloodstains were also evident on the bottom of the exterior back passenger side of the van, believed to be from the second target. 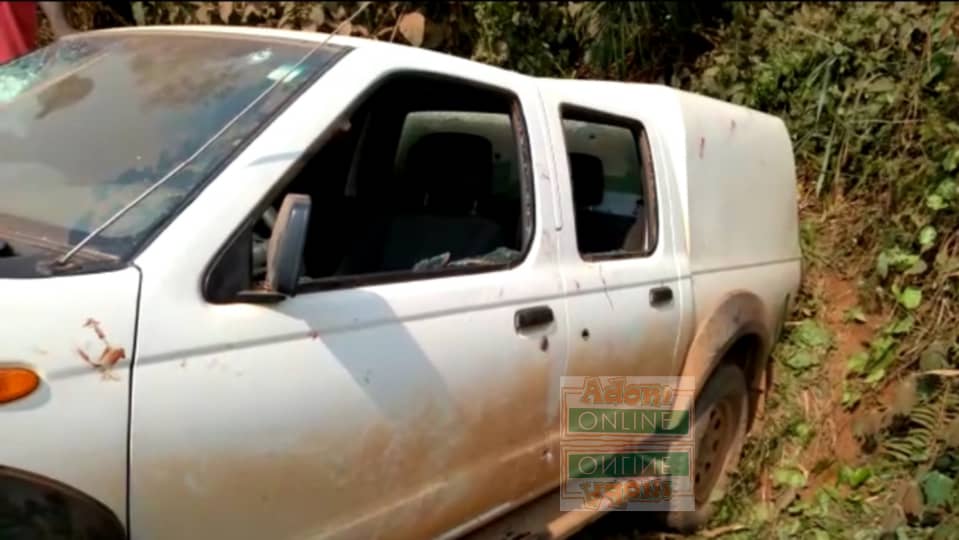 It is currently unclear what items were stolen as all passengers of the car are receiving treatment at the Obuasi Government Hospital.

The GCB van was not the only target; witnesses said another Hyundai car was attacked.

The driver is also reported to have sustained gunshot injuries.

There is currently heavy police presence in the area to apprehend the pepertrators.