Pollster Ben Ephson says the suspension of Allotey Jacobs by the National Democratic Congress (NDC) is good for party discipline.

The NDC in a statement Wednesday announced it has suspended its former Central regional chairman over what the party termed as ‘anti-party conduct’.

Some members of the NDC have complained over the utterances of their fellow party member on radio and television platforms since he lost his executive position.

Commenting on the development, the Daily Dispatch managing editor told Francis Abban on the Morning Starr that the party took the right decision.

“He has been a long-standing member of the NDC. But for the sake of party discipline that has to be done. Since he decided not to seek reelection as regional chairman, he goes on radio platforms and sometimes he attacks the party, he attacks party executives,” he said.

The pollster also noted that Mr Jacobs began having trouble times in the party after the demise of former President John Mills.

“When the late president died and John Mahama came, there was a bit of change of locus and who has access to the President and that affected him. He thinks that people close to Mahama are attacking and he and he feels that is being done with the tacit permission of Mahama”.

Below is the letter announcing the suspension of Allotey Jacobs 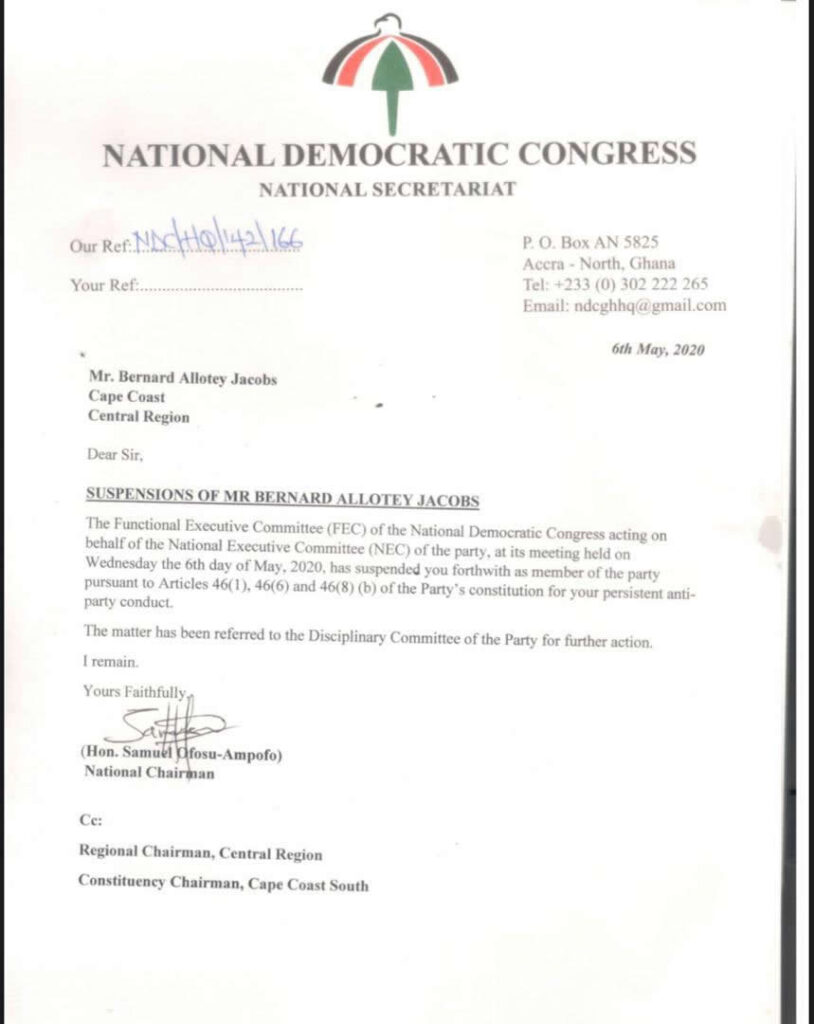 Election petition: Here are 5 issues the Supreme Court has set out for determination to begin trial