President Nana Addo Dankwa Akufo-Addo has launched the distribution of the 500,000 improved cookstoves project, at a ceremony at Akuse, in the Eastern Region, on Monday, 26 October 2020.

It will be recalled that during the 2nd Africa Climate Change Summit held in October 2019, in Accra, President Akufo-Addo indicated how the effect of Climate Change is undermining Africa’s ability for growth and development and pledged the commitment of his Government towards taking practical and proactive steps to mitigate the impact of climate change on the planet.

A major programme of action of Government is, thus, the adoption of cleaner cooking solutions, by scaling up the use of LPG in households.

“I am happy to inform you that significant progress has been made, and very soon the program for the LPG cylinder recirculation model, which will ensure wider use of LPG throughout the country, will be launched,” he said.

The President continued, “Since it will be difficult to have all households switch to the use of LPG, in the short term, our strategy is to promote the use of two million improved and efficient wood-fuel stoves as an interim measure, until such time that all households eventually migrate to LPG or electricity as main cooking fuels”.

President Akufo-Addo explained that the use of these improved and efficient charcoal stoves, coupled with the ongoing reafforestation programmes, has the potential to reduce significantly the emission of carbon dioxide and the rate of deforestation in the country. 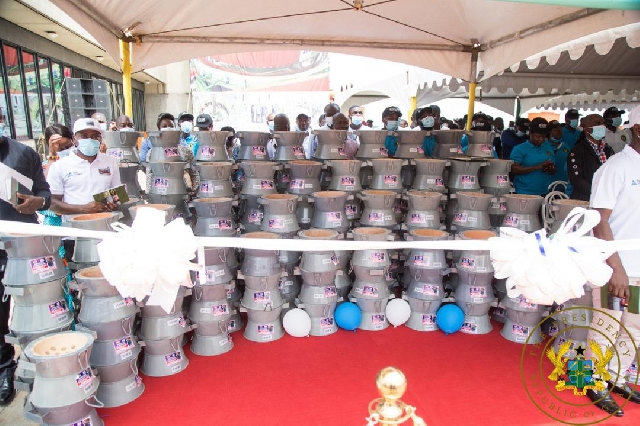 He thanked the East-West Power Corporation, the Climate Change Centre (CCC), and the Government of South Korea, for providing the grant funding of US$5,500,000.00 to produce locally and distribute 500,000 improved charcoal stoves in Ghana in exchange for carbon credit to offset their carbon dioxide emissions.

This, he added, is a win-win situation for the parties involved, and, by far, the largest Certified Emission Reductions intervention in Ghana and West Africa.

“The five hundred thousand improved cookstoves would be distributed to beneficiary households in all the sixteen (16) Regions of the country, using the distribution systems adopted by the Government of Ghana and the Korean investors. This is just phased one. Phase two, which consists of another 500,000 units is being developed for funding, so as to ensure that as many households as possible receive the improved cookstoves,” President Akufo-Addo said.

In all, it is expected that someone million tonnes of carbon dioxide savings over the project life will be realized, and contribute to the improvement of the overall carbon footprint of Ghana.

“In terms of the creation of job opportunities, about two hundred direct jobs have been created by this project alone in Ashiaman, Komkope, Mobole, Achimota, Kasoa, Weija, Cape Coast, and Kumasi, where artisans were engaged in the production of the various components of the stoves. This is expected to increase to some one thousand (1,000) direct jobs, as we scale-up,” President Akufo-Addo said.

He, therefore, urged everyone working on this project to do so diligently, so that “we can leverage investments to grow the cookstoves manufacturing industry, increase access to improved cooking solutions, and maximize the benefits for our socio-economic development”. 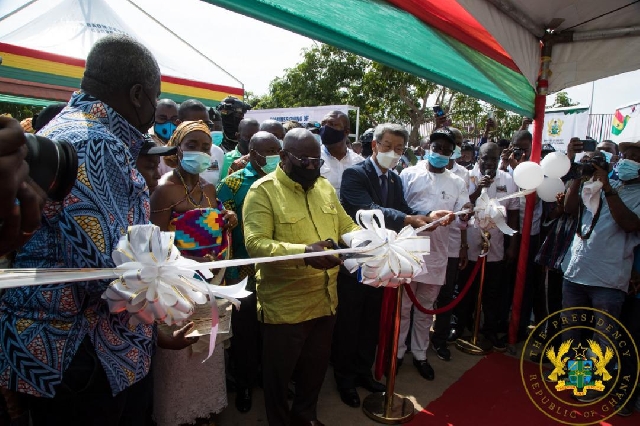 Ghana back to HIPC under Akufo-Addo, Ofori-Atta – Mahama

Gayism: Actor recount how his ‘Trumu’ got rotten after wearing pampers for months [video]