This follows the death of National Security Coordinator, Joshua Kyeremeh on Monday morning.

Mr Kyeremeh is said to have passed at the Ga East Municipal Hospital in Accra following a short illness.

Mr Kyeremeh, according to sources, died of kidney complications at the hospital on Monday (18 January 2021), where he was receiving treatment for COVID-19.

Mr Arhin also indicated Mr Kyeremeh’s funeral arrangements will be announced in due course and commiserated with the bereaved family.

“The National Security Co-ordinator, Mr Joshua Kyeremeh, passed away, sadly, on Monday, 18th January 2021. Arrangements for his funeral will be announced in due course,” he said. 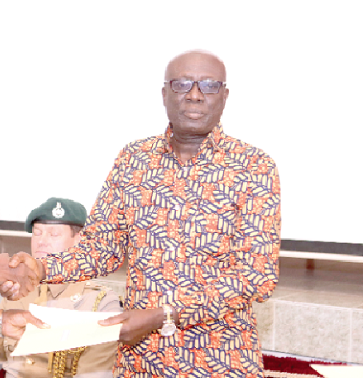 JUST IN: Kennedy Agyapong’s life in danger as Assassins plan to eliminate him on Thursday