Two Nurses – Opoku Richard an enrolled Nurse and Abekah Nelson, a Mental Health Nurse – Thursday night conducted an emergency delivery for a pregnant woman who was in unexpected labour while on a motorbike.

The pregnant woman – Yaa Ziegeh, her mother, and husband were on a motorbike from their remote farming community – Dottorpong Sikasu to Fosu CHPS Compound which is about a three-hour journey, to deliver, but in the middle of the journey the woman went into unexpected labour which made it difficult for her to continue sitting.

Her family called Opoku Richard, a Nurse at Dottorpong CHPS who was then at ForoFori,a community he lives and treks to work.

Richard responded swiftly, took a motorbike in the middle of the night through the bush to the scene where the pregnant woman had been put on a piece of cloth on the floor writhing while waiting with bated breath for help.

Richard who was assisting delivery for the first time called his colleague -Abekah Nelson, a Registered Mental Health Nurse stationed at Asaaseboma CHPS to support.

The two Nurses safely delivered the baby and prepared both mother and child and accompanied them to continue the journey to ForiFori Health Center where they were admitted, monitored and discharged after six hours.

“Yesternight around 10:30 pm I received a call from my catchment area that someone is in labour, so they took a motorbike from there coming to Fosu CHPS to deliver but since it’s far from Fosu, they called me again that I should meet them on the road if not what will happen won’t be good, so I called my colleague Abekah to help me meet the client, “Opoku Richard told Starr News.

He added, “luckily for us, as we met them there was a head in vagina, glory be to God that we were able to conduct Emergency delivery for the client although we have not been trained as a midwifery assistant, but with God we were able to help her with a safe delivery, now both the mother and the child are doing well. 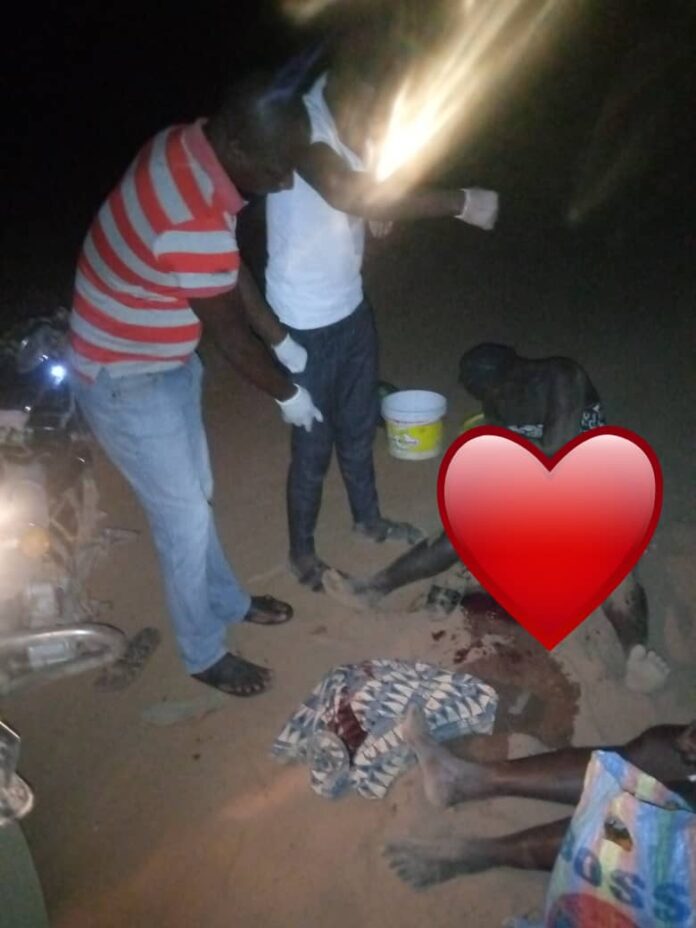 Afram Plains area is notorious for roadside delivery incidents due to deplorable state of roads linking remote communities to health facilities. As a result, motorbikes are the only means of transport for pregnant women.

Pregnant women prefer to be delivered by Traditional Birth Attendants at home than embarking on a risky journey on motorbikes to CHPS facilities which are remote and are in deplorable conditions.

Again, there is woefully inadequate midwives, Nurses, Doctors and Physician Assistants in the District .