Policy think tank ASEPA has claimed about 18,000 Ghanaians have died as a result of the banking sector cleanup.

According to the ASEPA boss, scores of victims of the exercise have also been ejected from their homes.

“18,000 workers of the affected cleanup exercise have died. 6,500 orphans are currently struggling to fend for themselves in the unbridled cleanup exercise sanctioned by the Akufo-Addo led government. Many have been ejected from their homes and the sick are unable to access their cash to access health care,” Mr Thompson said at a press conference in Accra Tuesday.

Analysing the data, Mr Thompson said 4,500 direct and 2,000 indirect jobs were lost from the revocation of 16 bank licenses.

He noted that additional 4000 direct and 3,800 indirect jobs were lost after the revocation of licenses of 23 Savings and Loan companies nationwide.

He was quick to add that 9,000 of the affected workers were currently homeless. 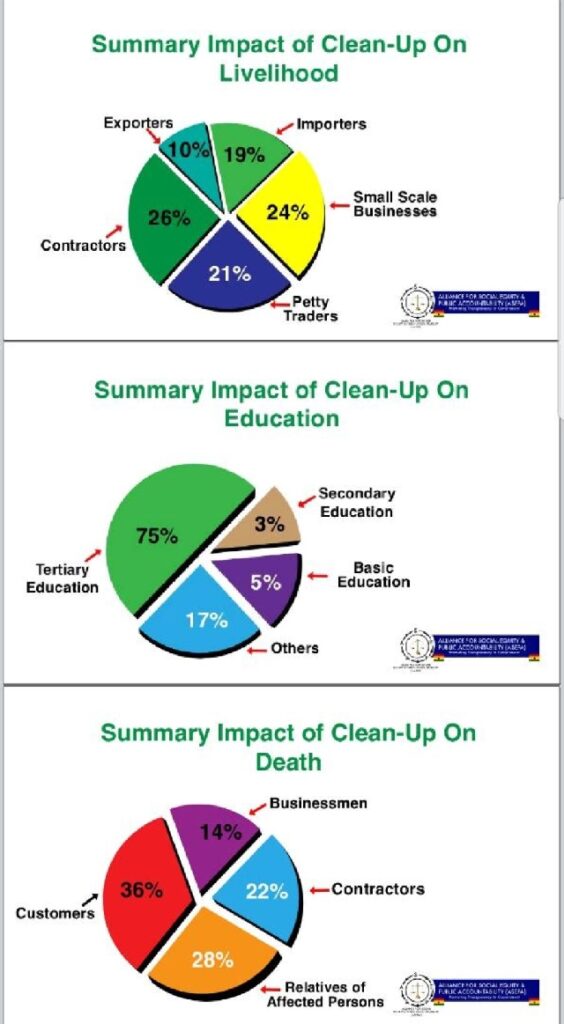 ASEPA’s study comes following renewed agitations by customers and staff of the collapsed financial institutions for their locked-up funds and severance packages respectively.