The anniversary is in partnership with the National Democratic Congress (NDC) and will be organised in honour of the late founder of the NDC and former President of the Republic of Ghana who is also the leader of the Revolution. 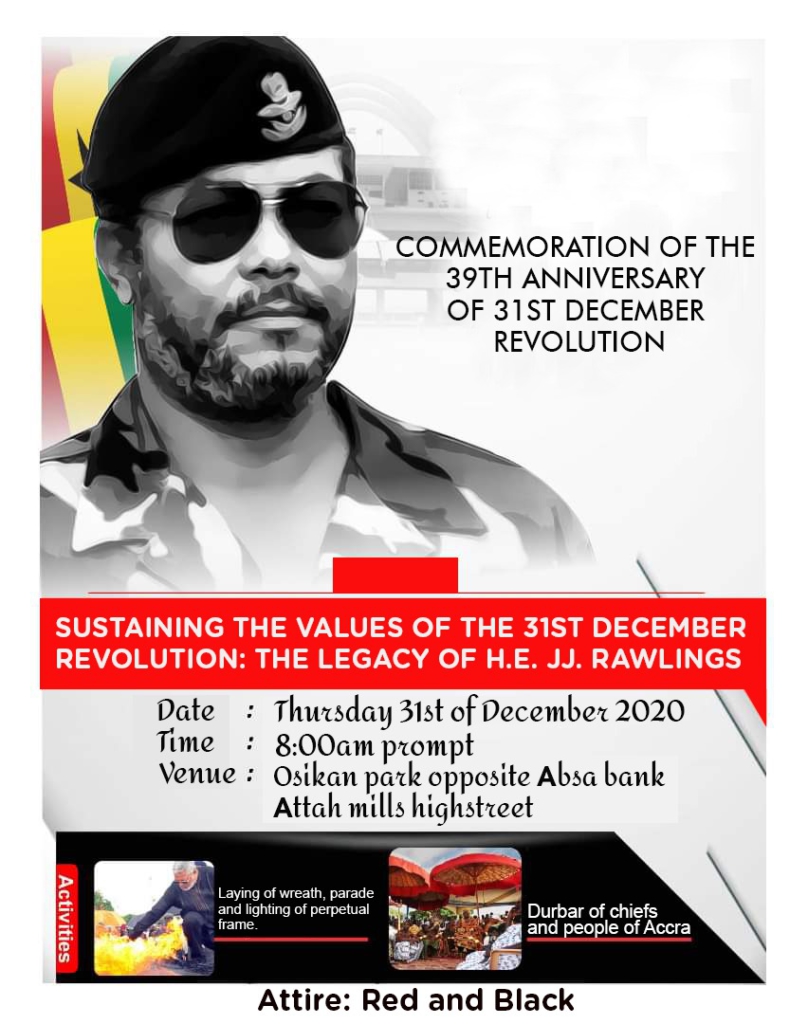 The event is expected to commence at 8:30am at the Osekan Park on the Atta Mills High Street.

Among other things, there will be wreath-laying and a parade in honour of the late former President Rawlings.

“Dress Code is Black or Red,” it further added.

“All revolutionary organs, the general public and members of the media are cordially invited.”

Threats on journalists are not dealt with – Manasseh Azure