A trader simply identified as Bala, was allegedly drugged and pushed out from a moving vehicle by a suspected one chance gang in Abaji, along the Abuja- Lokoja road.

A witness Abdulkareem Lukman Laruba Dida, said he discovered the man lying unconscious by the road side at Sabon -Tasha junction in Abaji on Sunday, January 12, 2020.

He said, he then alerted a Federal Road Safety Corps (FRSC) special marshal who was controlling traffic at the junction and he contacted his colleagues who brought their patrol vehicle to convey the victim to the general hospital in the area. 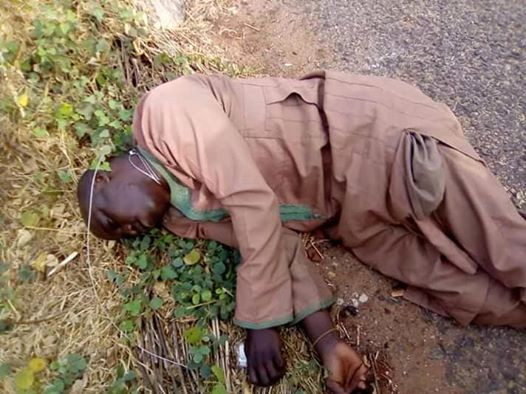 According to the witness, the victim who later regained consciousness informed the FRSC officials that he boarded a vehicle from Calabar, Cross River State and was travelling to Yola, Adamawa State and was perplexed to discover himself at the hospital in Abaji.

The Abaji Divisional Police Officer (DPO) CSP Umar Musa, who confirmed the incident, said the victim was discharged from the hospital after he regained consciousness.

He said the victim was into palm oil business and he boarded a Golf car by the roadside in Calabar, after a truck had conveyed his palm oil to Yola. He explained that the suspected one chance members drugged him and collected his money and other valuables.

“So we were able to establish contact with the union of palm oil sellers in Calabar, who identified the victim before transport money was sourced for him to meet up with his goods,” he said.

He therefore advised travelers to avoid boarding vehicles on the highways.