A 14-year-old girl is said to have committed suicide because she was unable to access online classes, due to having no internet at home.

Devika Balakrishnan was reportedly found near her home in Valancherry in Kerala, India with an empty bottle of toxic liquid nearby.

It is thought her family was unable to afford home internet, and the girl was worried about falling behind during the country’s coronavirus lockdown.

Her father, who has struggled to work recently due to illness, told local media his daughter had been depressed at not being able to join the classes easily.

She was worried about falling behind in her classes (Image: CEN)
“But we had no money to repair the television and we have no smartphone.”

The case has sparked protests in Kerala, with demonstrators saying the teenager’s death highlighted the inequalities in India’s lockdown due to the coronavirus pandemic.

Poor students in rural areas are said to be less likely to be able to attend online classes.

The girl’s father was out of work due to illness (Image: CEN)
Mr Abhijith, the head of the Kerala Students Union, said: “The government action has put the poor students under stress and pressure.”

India’s Minister for Education Professor Raveendranath, 64, said an investigation into the case would be launched.

He added: “We have conducted a survey about facilities at the homes of students and introduced neighbourhood classrooms for poor students who have no television or smartphones.

“We have launched the online classes on an experimental basis and will be re-telecasting all classes again and again.

“But it was unfortunate that the girl committed suicide.”

Some schools in India are beginning to reopen but many are still providing classes online, with the state government directing all local governments to create neighbourhood classrooms with televisions to display the classes for those who cannot access them at home. 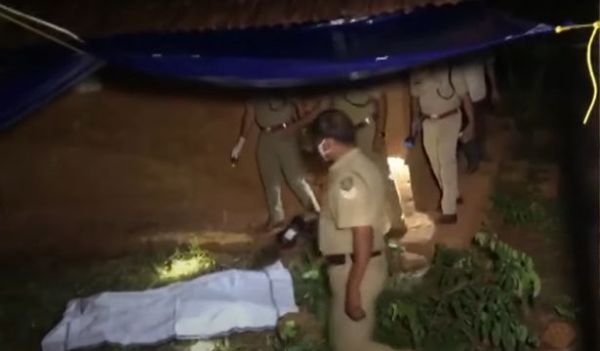 Loading...
Tags
14-Yr-Old After Having No Internet attend Girl Takes Her Own Life Online Classes